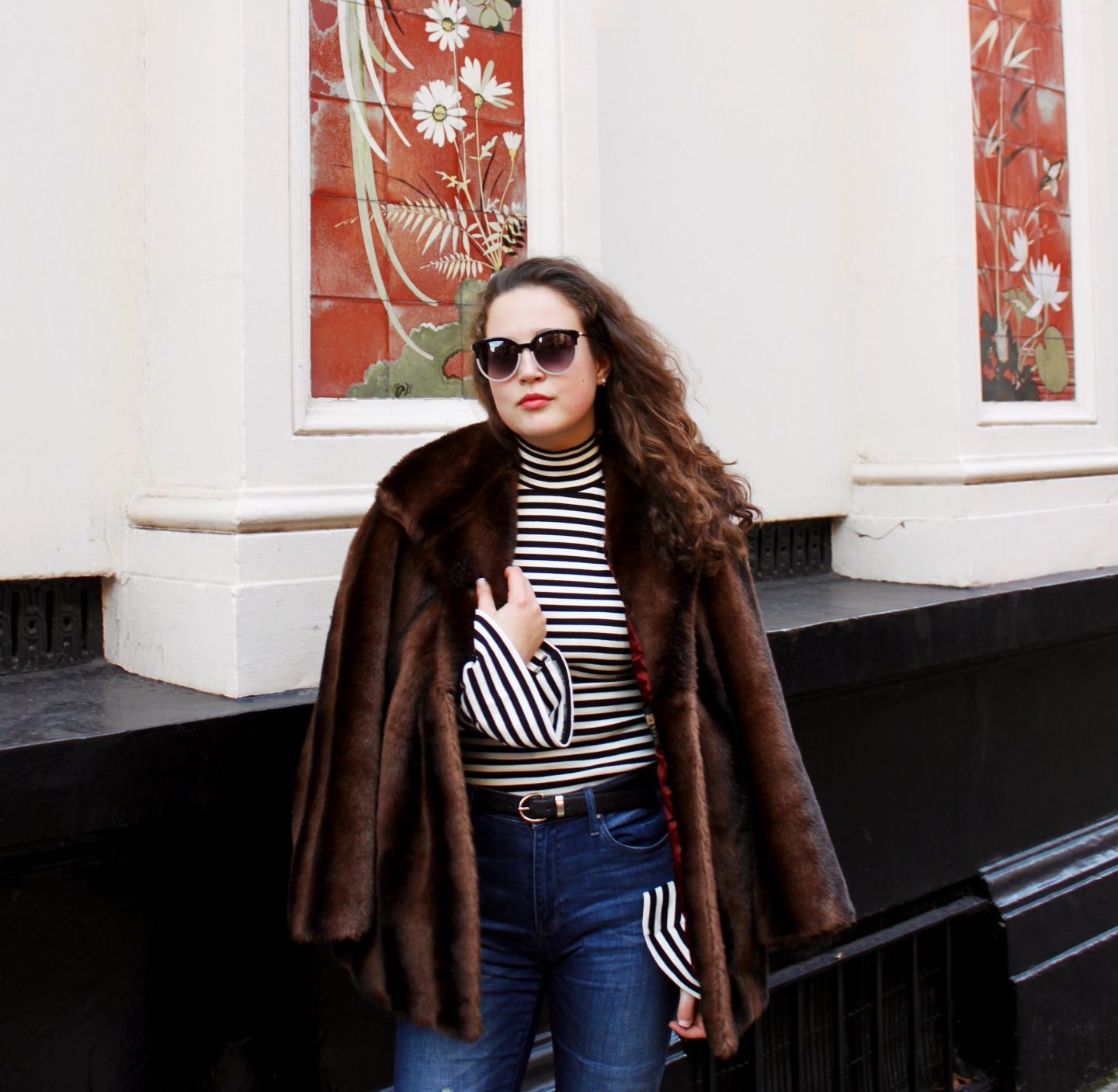 Flashback to a little over two months ago, in the streets of Mayfair with my lovely mother, shooting my outfit in front of the quintessential monochrome of London’s Georgian row houses.

Enter: me, in between shots, trying to keep my hair out of my mouth (which is no easy feat on a windy November day) with my faux fur coat artfully draped over my shoulders. Enter: behind me, a couple of blokes hopefully walking to Sunday brunch or something else to bring some brightness to their cynical souls. Like out of a sitcom- there’s the up down looks, my futile attempt to avoid eye contact and when they’re nearly out of hearing distance a quiet scoff.

YES I thought, I am that girl doing a photoshoot in the middle of the bloody street and I’m having a marvelous time thank you very much. It was too beautiful of a morning to let it put me in a mood, so I continued on and got some fantastic shots. Flash-forward to 2018, as we near the end of January, the encounter is still on my brain. With the rise of social media, especially Instagram & twitter- pop culture spreads nearly at the speed of light. But with a meteoric rise comes a downfall just as breathtakingly fast- things become too popular. Suddenly a coffee shop becomes synonymous with vapidity, a shallowness in daring to like an easy & reliable option.

To be fair there are certain parties who buy Gucci belts and the like for the status symbol, to be part of a trend that dominates social media grids and #ootds. In the face of an algorithm that shows a never ending feed of strangers in tropical places in lieu of the cute puppy your best friend got yesterday, I completely understand the frustration. But it also doesn’t mean that taking photos in cool places makes you scum of the earth. Or buying that it-bag because you love the style and have saved up for it. Or eating avocado toast which is both delicious & transports you back to carefree summer holidays.

Foregoing something you love out of fear of being basic both sad and ironic. Social pressure is a tale as old as time, so if anything allowing it to dictate your life is basic. We are all unique people, no amount of locally made, fair trade chocolate or obscure indie bands makes anyone superior. So go ahead and join a yoga studio, or write a blog and don’t care if it’s basic! (YES AND I’M BUYING IT ANYWAYS)

This post includes affiliate links via Shop Style Collective, I earn based off clicks & a small commission based on orders and it does not affect the price anyone pays. Simply a bit earned from having influenced the purchase.