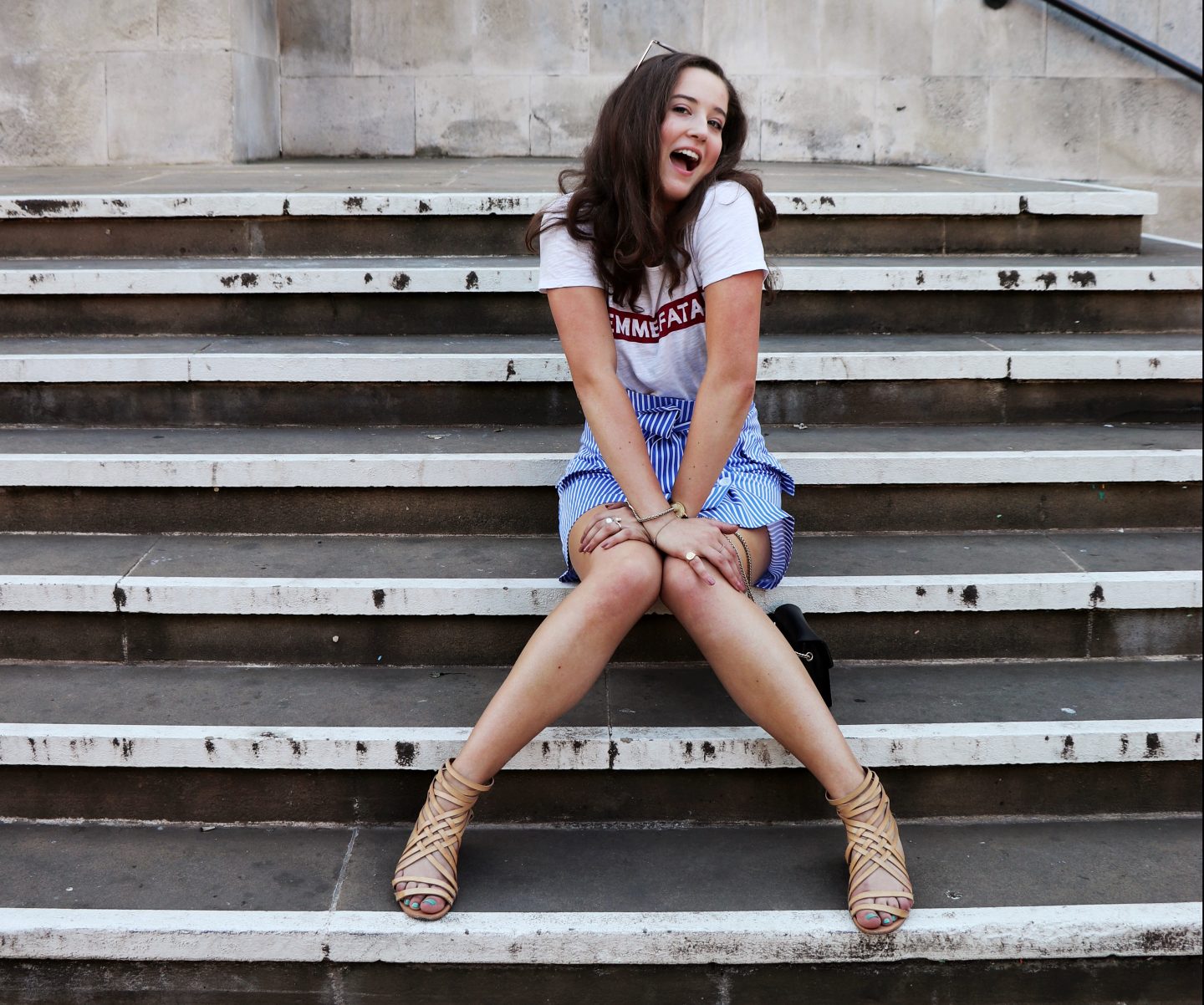 Sugar, spice & everything nice doesn’t mean you can’t swear like a sailor when you put your mind to it. Sometimes curse words are just necessary. It’s universal. Cultures that have produced exquisite works of art and have changed the world with their contributions still have those special turns of phrase that get bleeped out on television. In my experience classy girls in pearls can drop a f-bomb like nobody’s business and why shouldn’t they? Believe it or not you can be feminine without being an innocent little lamb. So, here’s how to curse *like a lady* 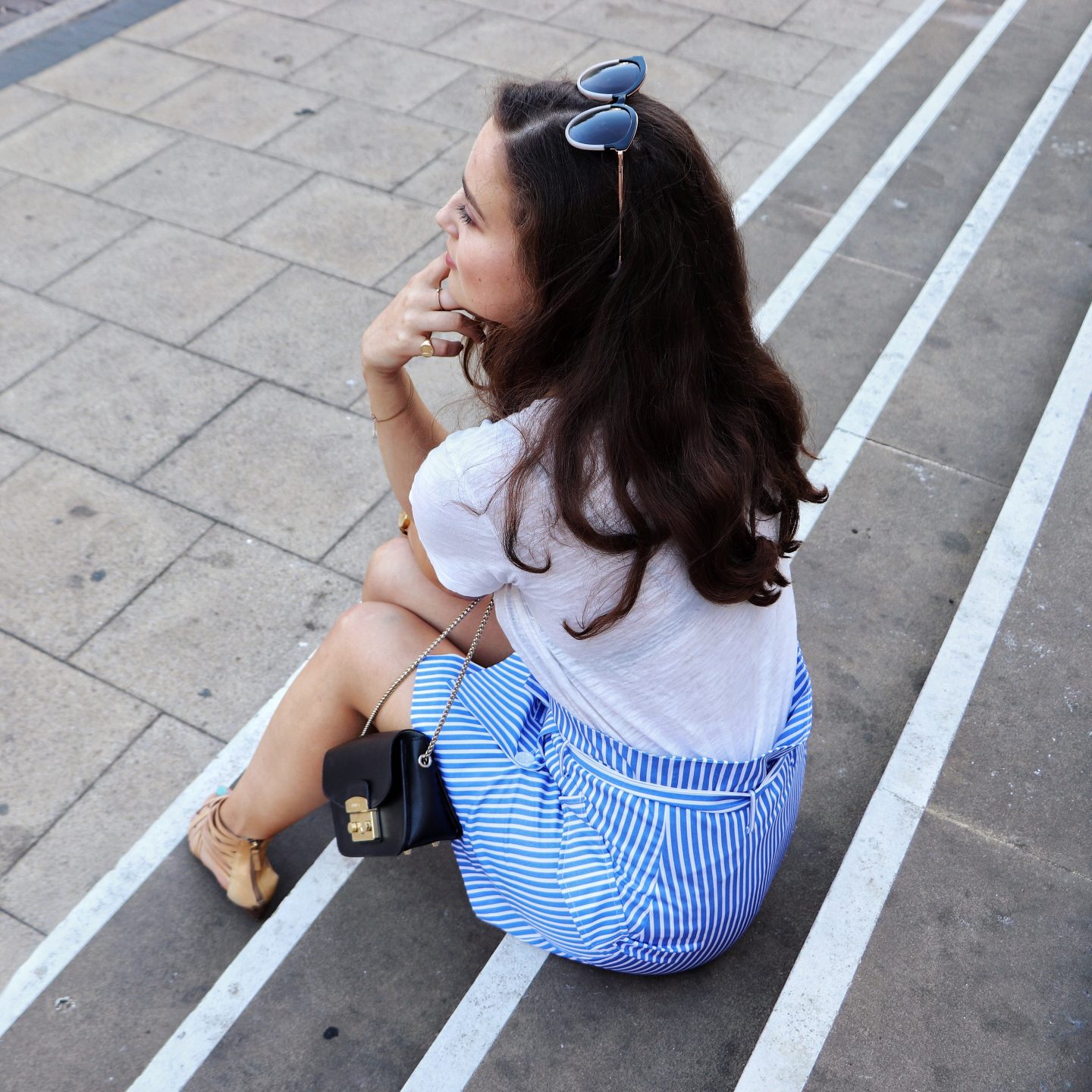 Much like you have to pick your battles, in order to curse most effectively you have to allocate them carefully. Who well and truly deserves you ripping off the façade of womanly gentility in order to give them a proper scorching? The person that bumps into you on the tube? Nah, especially as on Piccadilly line we’re all squeezed in like sardines so more likely than not it was an accident. The passive aggressive co-worker who has taken the last of your semi-secret stash of biscuits?  For the sake of office harmony and your continued employment, perhaps take a very deep breath and tell Jess that you’d appreciate if she picked up the next package of ginger nuts. Or curse quietly to yourself in the loo.

If, however someone does something so outrageous you’re nearly incandescent with anger, including but not limited to cheating partners, cheating partners of best friends, misogynists, racists and people who think it’s funny to jump around the corner in a clown costume, then be my guest. Embrace it, be absolutely livid darling and verbally eviscerate them. 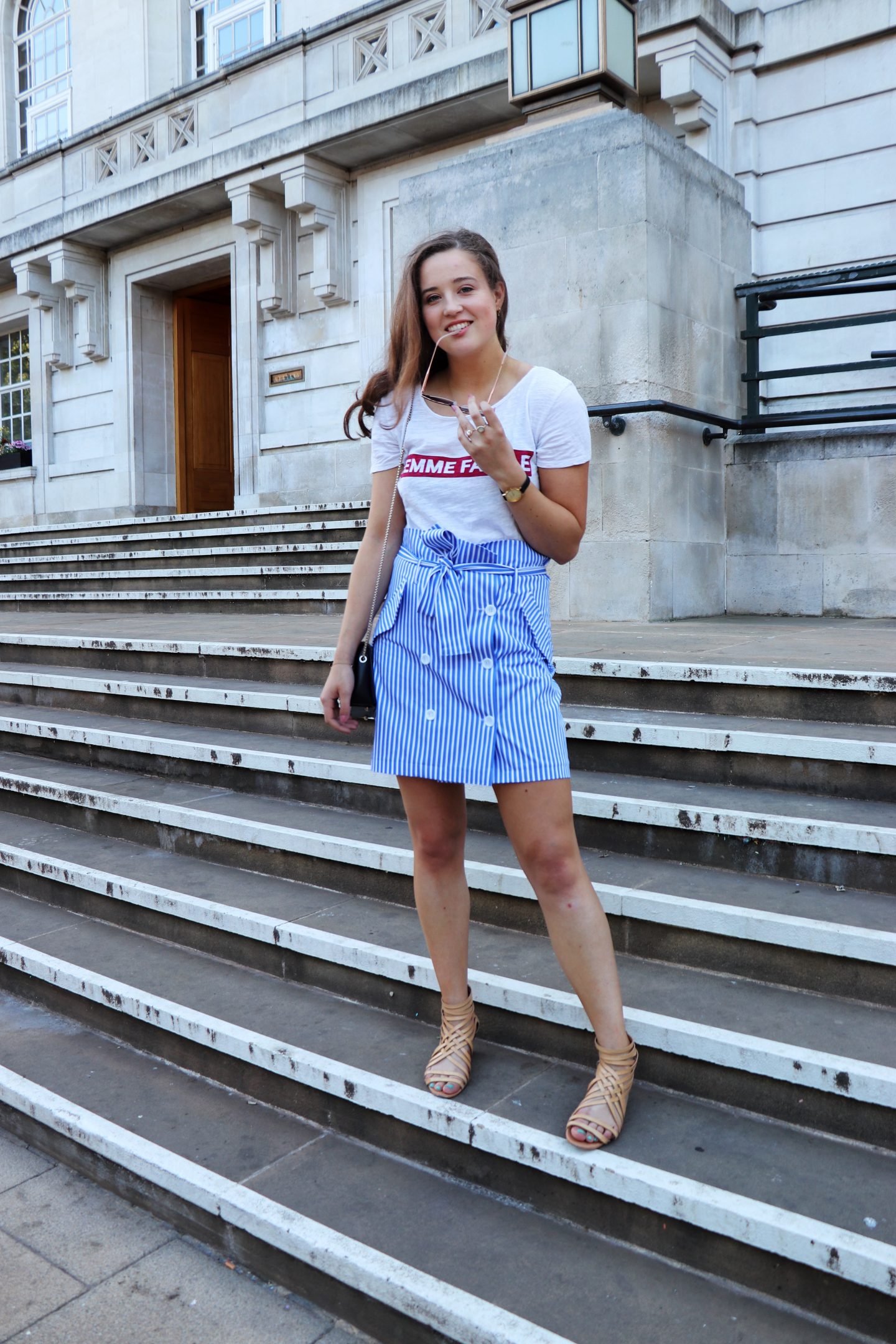 F*cking, F*ck, F*cker, F*ck’s Sake, What the F*ck. While this particular four-letter word doesn’t own the market on casual cursing, sh*t following closely in second, it’s probably one of the most used words in the english language. Frankly no one cares if you can pronounce sesquipedalian much less spell it. Whereas with a bit of flexibility, f*ck can be every single part of speech. No wonder it has become our go to. Most often it doesn’t have malicious connotation, more of a “I FEEL VERY STRONGLY ABOUT THE FOLLOWING’ intensifier. In your late teens and early twenties expletives can become so entrenched in your everyday language that you think nothing of it, until you have a bit too much wine round the Christmas table and you start scandalising the relatives. Depending on your family of course, mine only like to pretend to be shocked because let’s be honest there are very few things that surprise them (Have you ever seen Animal House? This was our parents and grandparent’s era).

So, you can either choose to limit your cursing to those moments when you really really want to. Or you can use some common sense. In the same way you don’t wear your bikini top to pick up some veg from Aldi’s at 9am on a Sunday morning (unless you live in Ibiza or the Caribbean- in which case, can I come visit?!) cursing is acceptable depending on place and context. Avoid it in front of your boss, during first impressions, in religious settings, at the post office, and above all in the queue for the fitting rooms during the sales. If every once and a while you forget where you are and let a little curse drop, most likely no one will notice. (Except for posh mums of small children, who will glare daggers at you while the rugrat in question continues on, blissfully oblivious). 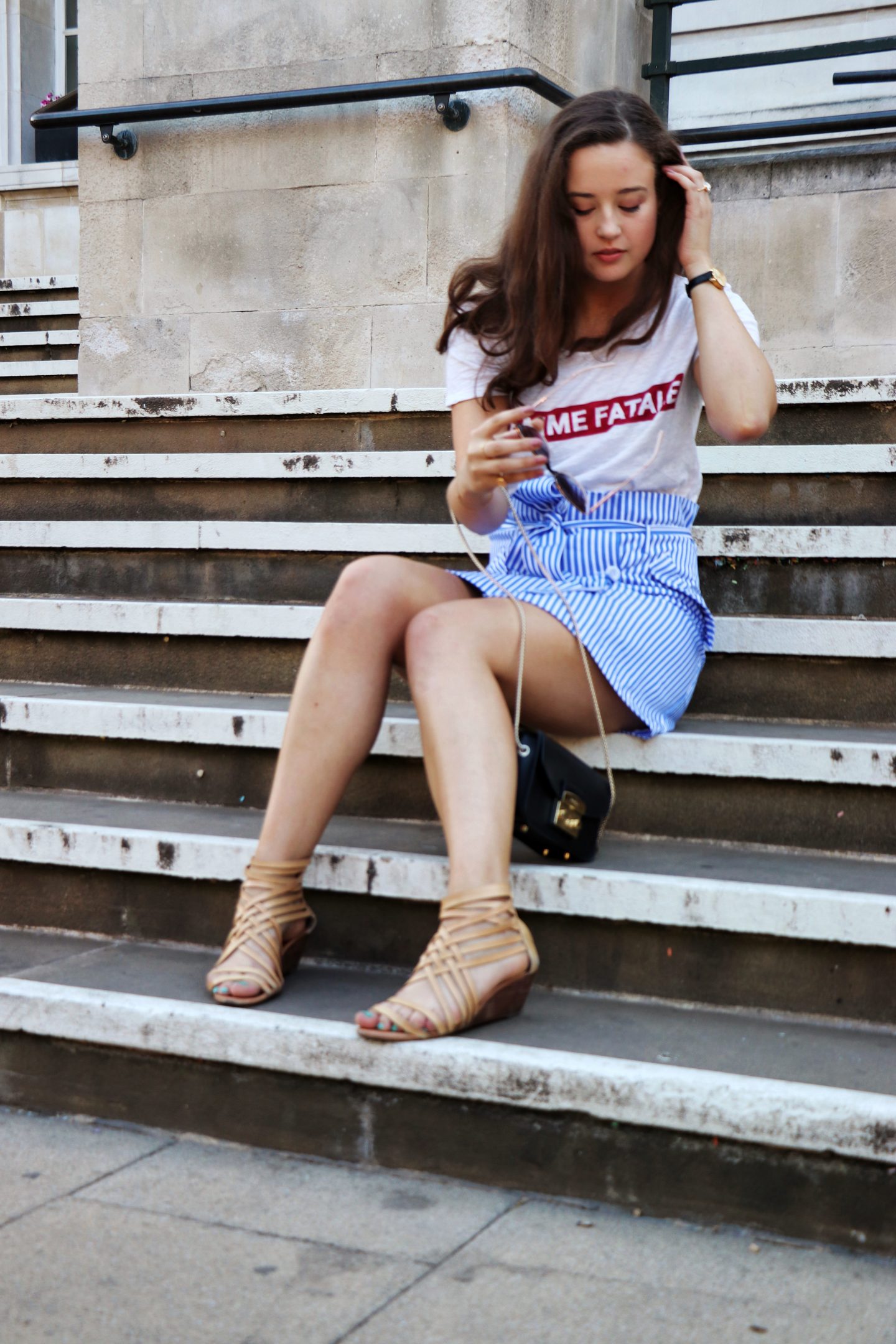 For a long time cursing was tied up in class and social standing, as being seen as ‘common’ and ‘vulgar’.  Today cursing is part of all of our lives and it falls less along societal lines. It is one of the most fluid and unique ways to express oneself. At the same time, it is relatable and humanizing in its commonness. I’ve never lost admiration for the women I respect when they swear up a storm, usually instead I’m damn impressed with their imagination. Case in point, the following exclamations overheard at various moments: “that asskissing douchecanoe” “stupid excuse for a f*cktrumpet”, “lombotomised dipsh*t” or the more classic but nevertheless effective “slippery rat bastard”. If you’re ever hunting for inspiration take a look at British and Scottish twitter. Thus, the classy cursing gal gets creative. She thinks up the most unique combinations to both get her point across and get a laugh. They don’t even have to include proper expletives. My current favorite is ‘utter swamp donkey’, which I like to imagine said in total distain by Helen Mirren.

Don’t Use Words You Wouldn’t Want Said About You

It is a very rare occasion when I use personal curses, mostly because I am not generally a particularly angry human. (Though I think all women have a certain special rage inside us- but that’s an entirely different blog post). I generally go with what I would not mind being called myself if I well and truly deserved it. B*tch is one of them. I take a certain rebellious pride in being called a b*tch as I think in many circumstances it translates to “kick ass woman that takes no sh*t and therefore intimidates me”. There are a few words I absolutely refuse to say, so much so I won’t even put them down in writing. Suffice to say racial and homophobic slurs are on the top of that list.

At the end of the day, I consider class to be how you carry yourself and how you treat people. Eloquence, expressing oneself thoughtfully and emphatically is the height of class. And why limit yourself to ‘clean’ language when there’s a whole colorful vocabulary out there. Curse classy my friends. 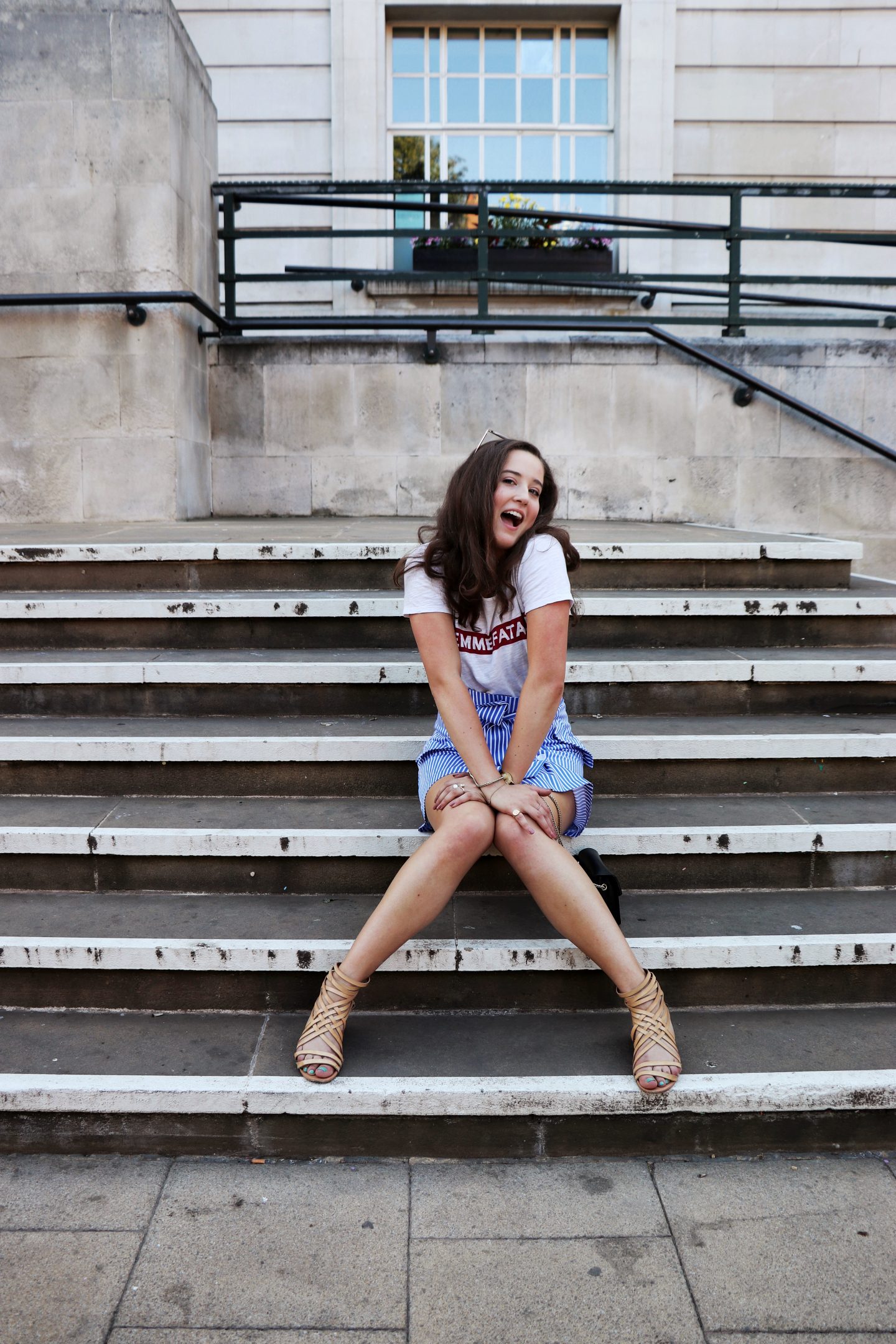