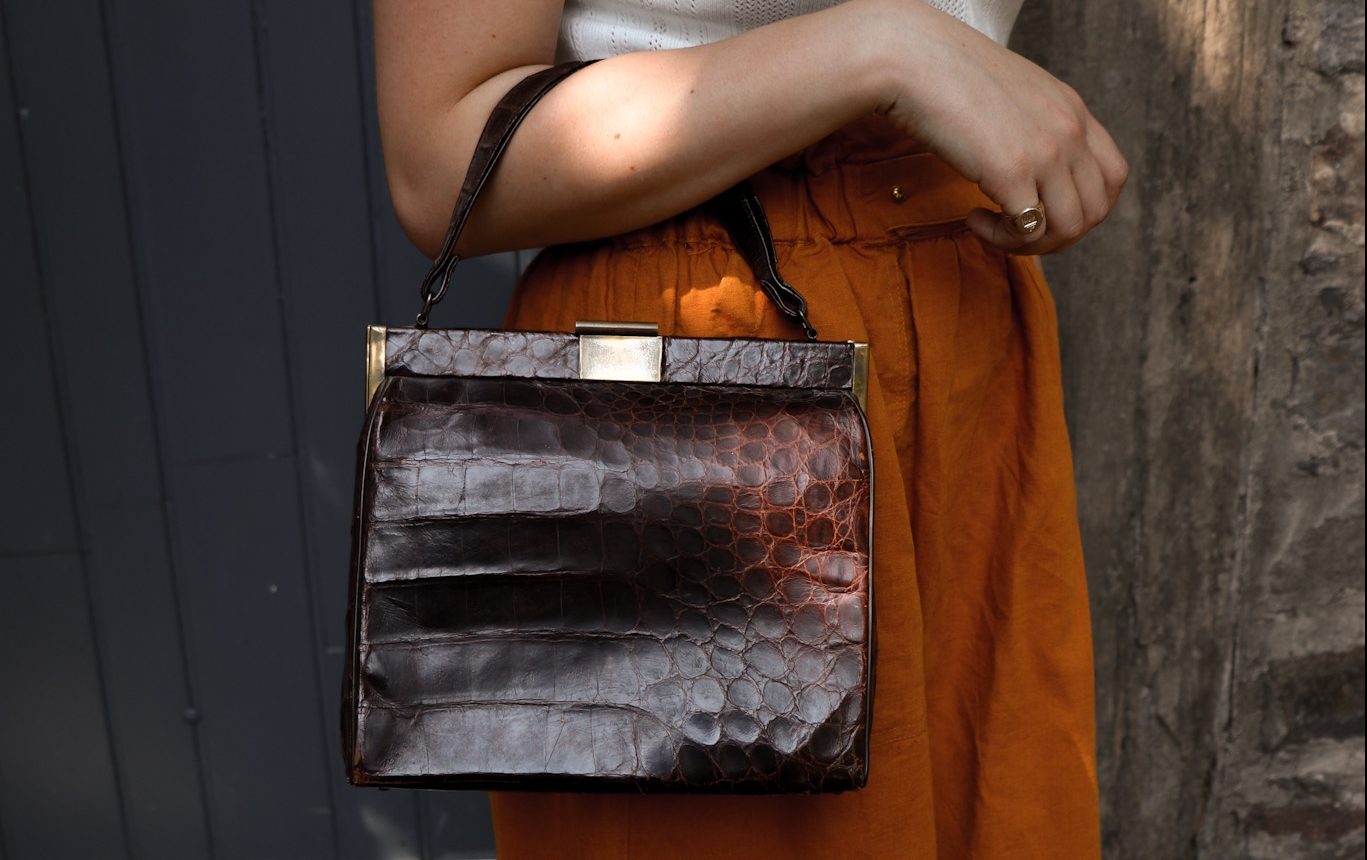 In the storm of the past few weeks, with hundreds of thousands of calls to action on social media and anti-racism books topping the New York Time’s Bestseller List, too many white women have forgotten the words of Ijeoma Oluo “Don’t make us swim through your tears as we fight”. I write this also being a white woman who has learned exponentially more about the racism, inequality and violence Black people face in America over the course of June. I write this as someone who is empathetic to a fault, who abhors injustice, who feels helpless watching this outpouring of sorrow, anger and grief. But white women, this reckoning is not about us. Our collective awakening to the reality of racism in this country and countries around the world, from horrors to the microaggressions, is not the main character. It’s not a redemption arc. To quote writer and activist Rachel Cargle, “Anti-racism work is not a self-improvement space for white people”. It is not enough to be nice. We must do hard, soul-searching, continuous work. Further, at the heart of the work must be the goal to secure justice, equity and dignity for oppressed communities. Not checking a box to satisfy your guilty conscious.

While there are many more voices that should be heard more than mine today, I wanted to use my platform to share what they’ve been teaching for years. There is an entire history of white women actively upholding white supremacy and deliberately harming Black folks. The most visceral and violent manifestation of this can be seen in the brutal 1955 murder of Emmet Till, in which a 14 year old Black boy was tortured and murdered because he wolf-whistled at a white woman at a gas station. Over recent years it has taken the form of white women calling the police on Black individuals for ‘suspicious activity’, including walking around their own neighborhood, doing their job at their workplace, sitting in a coffee shop, having a barbecue in a public park, entering their apartment building, speaking in their native language, playing music in their car and most recently, daring to request a white woman to keep her dog on a leash in Central Park’s bird sanctuary.

The last example is an important one because it doesn’t matter that Christian Cooper was a Harvard graduate, a comic book geek, or an avid bird-watcher. Because he shouldn’t have to be any of those things, to live in America. In fact, as Samuel Getachew wrote for the Washington Post “when we emphasize how nonthreatening some black people appear, we inadvertently wind up ratifying fears of about other black people. When we put certain black people — Ivy League-educated, urbane and attractive — on a pedestal, we’re suggesting a hierarchy that says black people have to be exceptional just to be allowed to live.” It illustrates a white woman who made the deliberate decision to weaponize her whiteness against a Black man. A white woman who voted for Obama, and before the day she called the police falsely claiming, “there’s an African American man threatening my life”, probably never considered herself racist. She may even, like many white women today, think of herself as a feminist.

Not all instances of white women upholding racism are so public or go viral. Often it is using the myths of white innocence and white femininity as weapons against the Black community. Black women specifically, are accused of being too aggressive, too loud, too angry, too sexual, too confident. They are made into political objects, the manifestation of racial anxiety. Black pain is dehumanized, Black joy is commodified as entertainment and Black bodies are fetishized. And with it, Black womxn are being killed. Breonna Taylor, Sandra Bland, Oluwatoyin Salau, Dominique Fells, Riah Milton and too many more. White femininity feeds into misogynoir in a variety of ways. It includes backhanded compliments like ‘you’re so pretty for a Black girl’ and ‘wow, you’re really articulate’, implying that to be beautiful, eloquent and Black is a rarity if not mutually exclusive. It’s Lana Del Ray lamenting that there’s no space for ‘a woman like her’ in the culture, when in fact, our society does everything possible to praise the delicate, white woman as a means of maintaining the sanctity of white beauty and white supremacy. It’s a Black woman being told that she is ‘not being a team player’ and is ‘tearing down other women’ when she confronts someone for stealing her ideas or informs HR that Karen won’t stop touching her hair. This happens more times and, in more shapes, than can be counted. In her essay titled “Let’s Talk About The Amy Coopers of the Workplace”, Shelcy Joseph recalls a moment she approached her boss about frustrations with the company’s culture and concerns about her future there: “She acted insulted. Her face twisted as if she was calling 911 in her mind, ‘Help, there’s an African-American woman at my place of work telling me I’m not doing my job properly’.

This my dear readers, is called centering. We white women have it so ingrained in our subconscious, that we often lash out after being confronted with our complicity in toxic, societal racism and our direct benefitting from its insistence upon our innocence, our goodness, our rightness. It sends us into a tailspin of cognitive dissonance, where we either invoke our relationships with Black people or our identity as ‘good people, good feminists’ as talismans to protect us from our own ignorant and problematic behavior. White people wield rules and words in our defense, citing that ‘MLK preached non-violence’ or the plaintive ‘why can’t we just be kind’. We obfuscate with a smokescreen of ‘I feel the real issue is rape culture and the patriarchy’. I write we and us because I am equally susceptible to that knee jerk reaction, the instinctive urge to protect our egos. But in order to actually be good friends, good neighbors, helpful allies and effective feminists, we must resist this at all costs. We must become intimate with humility, with awkwardness, with the pain that inevitably comes with growing.

I recently listed to a podcast episode with Brené Brown and Austin Channing Brown, discussing the latter’s new book I’m Still Here, Black Dignity in a World Made for Whiteness. At one moment, Brené asks Austin to read an excerpt from the chapter titled “Nice White People”. Her rich voice rang out from my iphone’s tinny speakers, words hovering in the air long after she spoke them aloud.

When you believe niceness disproves the presence of racism, it’s easy to believe that bigotry is rare and that the label of ‘racist’ should only be applied to mean-spirited, intentional acts of discrimination. The problem with this framework, besides being a gross misunderstanding of how racism operates in systems and structures enabled by ‘nice people’, is that it obligates me to be nice in return, rather than truthful…Even more, if most white people are good, innocent, lovely folks who are just angry or sacred or ignorant, it naturally follows that whenever racial tension arises, I must be the problem. I’m not kind enough, patient enough, warm enough…If my feelings don’t fit the narrative of white innocence and goodness, the burden of change gets placed on me.

Clinging to the idea of ‘niceness’ as if it is a vaccine against racism, is a fantasy. It is delusional to think that you can escape the unconscious biases woven into the fabric of this country, and the West. Further, we have a responsibility as decent, empathetic human beings, to be better. To hold ourselves to higher standards than those of the society we grew up in. If I allow my hurt feelings to supersede the lives and experiences of Black folks, I am fueling the phenomenon Rachel Cargle describes as “When Feminism is White Supremacy In Heels” in her Harper’s Baazar article. If I try to cherry pick which parts of this movement I like, if I center my ego over the pain of marginalized people, then that is performative activism.

Because the truth of the matter is, we don’t get to decide that we’re allies just because it makes us feel like a good person. At the heart of ally-ship is listening to the community, taking on personal responsibility and self-reflection in your privilege, and then leveraging your social and political capital to fight for them. This means having difficult conversations over coffee, at the dinner table and in your offices, with friends, family and co-workers that have problematic views. This means putting your time, money and vote where your mouth is. This means acknowledging that you are a guest in their spaces, and here to “get it right, not to be right”. In this case we have been focused on the Black Lives Matter movement, but this is equally important for intersections of Indigenous, Latinx, Asian, LGBTQ, Muslim, Jewish and refugee communities. If you’ve gotten this far, my loves, I assume it’s because you genuinely want to learn, to do better and are committed to making it a lifelong pursuit (that is unless you’re an internet troll, in which case the door is that way).

Before I finish up this piece, I wanted to be extremely clear that I am simply the microphone to amplify these ideas. Black activists, writers, artists, historians and teachers have been talking about this for decades, lifetimes even. I have linked to their writing and resources wherever possible, so please go and respectfully and meaningfully engage in it and support their work. If you enjoyed reading please consider donating to any of the following organizations The Loveland Foundation, Black Visions Collective, Black Lives Matter DC, The Okra Project, The Innocence Project, or Black Mamas Matter. They are doing incredibly important work on the ground and regular donations is a good way to make this movement part of our daily lives. Stay safe, wash your hands, wear a mask and remember, the work is ahead of us, a better world on the horizon, but only if we take the plunge.

All My Love Xx