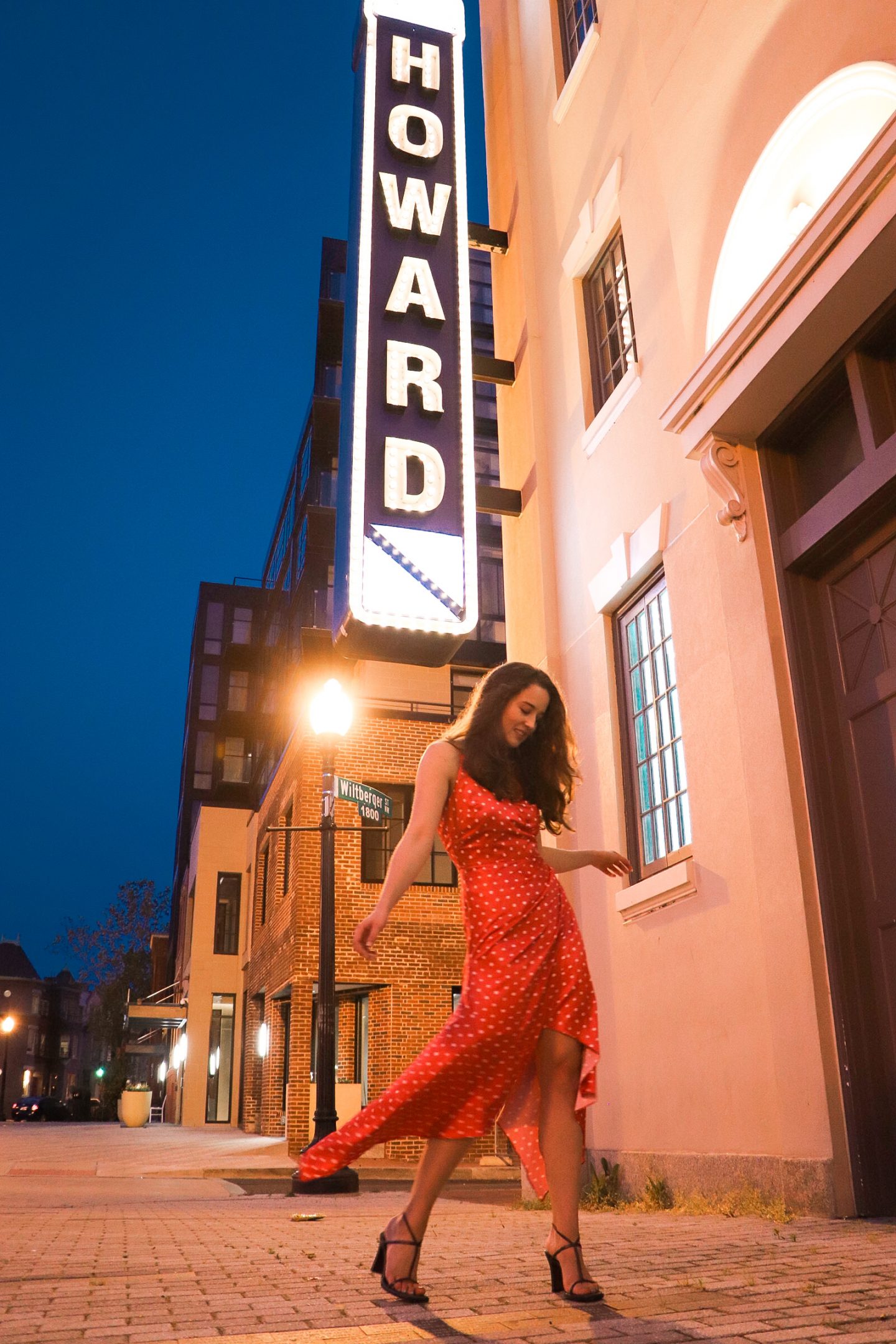 Going home is something of a strange idea for me. Growing up as a military kid, home has always been wherever I made it. More of a feeling of being with those I loved in a place that made me happy, than an attachment to a specific city. Though Washington DC is the place I officially lived the longest (we moved in 2009), it only felt like the place I went to highschool. Over the past year that I’ve been back, exploring the city’s restaurants, museums, shops and streets with both old friends and new has been an unexpected joy. I’m writing this now from my apartment in Columbia Heights, Northwest Washington, just steps from the natural beauty of Rock Creek Park and the buzz of U Street. (Here in the district we have alphabet streets rather than alphabet soup!)

But, for all that I am embracing the city today, when I first came back I was a tad heartbroken. See, I had been hoping to land a job in London or another city in Europe; but, outside finance, tech and other select industries, getting a visa can be a needle in a haystack. So it was back to the boulevards and monuments and wind whistling up the Potomac river in winter and the heavy weight of heat and humidity that settles over the city in summer. To world famous cherry blossoms in spring and firey leaves in autumn.

Washington DC is a city where you can travel the world from one street to the next. Churches straight out of the Tuscan countryside, government buildings and museums styled after the palace at Versailles, converted warehouse lofts that could be in Berlin. Brooklyn brownstones somehow wandered 229 miles south, English cobblestone streets, botanical gardens transported from Tokyo. There’s so much beauty in this city that often gets overshadowed by the political battles fought on Capitol Hill.

And yet this is a city defined by speaking truth to power. Though the paint is still wet on the newest murals, We The People have gathered and marched and on these streets, given eloquent speeches of hope, of change, of justice. Alongside the national monuments there is a backstory. A city that struggles between being a beacon for democracy and failing to live up to the ideals it represents. In this way the nation’s capital is a miniature portrait of this country’s sordid and spectacular history. Today Washingtonians and many other city-dwelling Americans consider themselves liberal, progressive and feminists. But if we do not look to our own backyards, to the structures and systems that perpetuate racism, inequality and injustice here, then we are neither good neighbors nor good citizens.

Washington DC, like much of America, is a place of contradictions. The National Mall, the Capitol and all of my favorite museums were built on land stolen from Native Americans (Anacostans, for which the Anacostia River is named). Land that became part of a plantation system used to justify the systemic kidnapping, enslavement, violation and dehumanisation of Black people in America. Those famous buildings and boulevards were constructed by the backbreaking horrors of slave labor. In whiplash contrast to these ugly facts is that Washington DC later became the first majority Black city in the United States. It is also the voteless capital of democracy where all of its citizens still “suffer from the political tyranny that angered patriots during the American Revolution: taxation without representation”. If you want to learn more about the tangled history of the District of Columbia, I highly recommend Chocolate City: A History of Race and Democracy in the Nation’s Capital by Chris Myers Asch and George Derek Musgrove. It’s currently on my bedside table and I learned all of these compelling contradictions from their writing.

With a physical location in the south and a psychology and culture vacillating between the north and the south, the district has been a lightning rod for every national tension, including abolition, segregation, voting rights, marriage equality, immigration and in the past few weeks police brutality and incarceration. It’s a city where MAGA-ites worship their demagogue, refusing to wear basic protective masks in the middle of a global pandemic that is twice as likely to kill BIPOC than white Americans. My running route takes me by the White House and there’s always a cluster of red hats I have to dodge; as you can tell I’m somewhat salty about it. It’s a city where the streets surrounding Howard University, a keystone of intellect and culture for the Black community of DC, face gentrification. Overpriced wine bars and boujee grocery stores are making the neighborhood too expensive for the residents who have lived there for decades. Black Lives Matter painted on the streets is a powerful symbol, but symbols without the political and cultural will to create change are achingly hollow. Washington DC is a beautiful city and to this day is a representation of the profound gap between America’s democratic aspirations and its pervasive racial inequalities. This is a truth that all of us, both district born and raised and newcomers alike, must remember.

Featuring photography in front of The Howard Theater. Established in 1910, the historic theater hosted many of the great Black musical artists of the early and mid twentieth century. Known as the “Theater of the People”, it was home to the Lafayette Players and the Howard University Players. It welcomed the greats: Duke Ellington, Billy Eckstine, Ella Fitzgerald, B.B. King, Sarah Vaughan, Miles Davis, Sammy Davis Junior, The Supremes and Stevie Wonder. Restored to its original style in an extensive renovation from 2010-2012, The Howard Theater has most recently hosted Drake, Kendrick Lamar and Chaka Khan, among many of today’s talented musicians and performers. Click here to listen to Sarah Vaughan’s “Misty” which will transport you right back to that December 1960 concert under a chandelier, glittering in the smoky night.