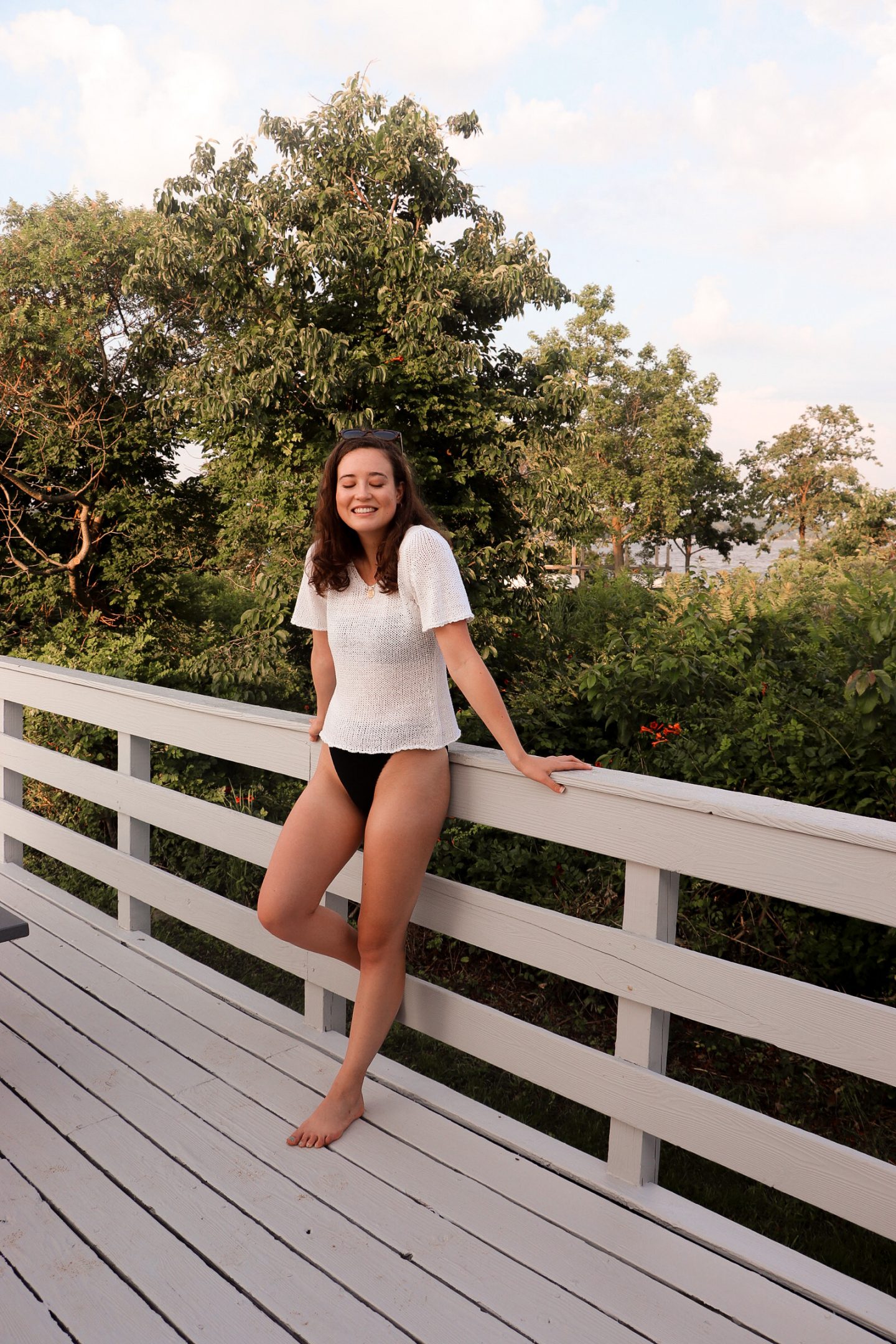 Is there anything more quintessentially summer than collecting wonky tan lines and freckles? To worship the sea and sun and sand between your toes? Danish writer Anne Marrow Lindbergh once wrote that “the cure for anything is salt water- sweat, tears or the sea”. I’m inclined to agree with her and I know for me, this summer has involved all three (the tears were from hormonally binge watching Normal People). But let’s focus on the last one- the sea.

There’s something about diving beneath the waves that feels like a new start. Summer is motion: swimming, running, dancing. Summer is the feeling of freedom, even in our area’s notorious humidity with its molasses-like stickiness that collects in thunderclouds until the skies open up. In this summer of movement I remember that our bodies are such a source of strength; they carry us through the ebb and flow of life. Which is why I firmly believe that every body is a bikini body. Though in writing this, I’m conscious of my privilege as a thin, white woman and I must emphasize that the body positive movement was created by and for womxn who faced discrimination and dehumanisation because of their very size and shape. That said, no matter your body type it’s a lot easier to feel confident in a swimsuit when it’s actually designed to make you feel good.

I stumbled across British swimwear brand YouSwim when I was on the hunt for the perfect black bikini this spring. Their knit pieces are not only ethically made, but they are also created to adapt to your body over the years. This means rather than tossing it out at the end of the summer because of the dreaded saggy bum effect of cheap fabric, you can wear it for many summers. I love the chic neckline and mid rise bottoms that can be worn higher or lower on the waist (very helpful after a summer beach picnic). Most of all I love that the brand welcomes all womxn, come as you are- with a zero photoshop policy. Check out their Instagram- it’s a breath of fresh air in the swimwear world!

When I bought this bikini back in May it was mainly worn around my house, sunbathing on the tiny back patio and generally practicing for summer. A few weeks ago I was able to escape the city for a long weekend out on the Chesapeake Bay and I put this suit to the test. Boating, beach walks, swimming, paddle boarding, soaking up the sun and reading my book- I wore this for about 75% of the weekend away. The stretchy knit fabric meant I was comfortable and chic no matter what I was doing.

The most stand out memory from the weekend was actually shooting these images in the early morning light. We went down to the point at the end of the island, where the Magothy River and the Chesapeake Bay meet. What started as a photoshoot ended in a Zoology expedition. It had been a full moon the night before and several horseshoe crabs had come ashore for ‘date night’. We spotted three different mating pairs, finishing up their rendez-vous in the shallows. We had a good laugh- mating habits aside they’re fascinating creatures- as a species they originated over 450 million years ago, while humans have only been around 6 million. This has very little to do with swimwear (except that I was wearing my YouSwim bikini on this impromptu wildlife adventure). But I will always remember that morning, walking along the sand, waves lapping at my feet and horseshoe crabs doing the arthropod version of Dangerous Liaisons. It’s true- the best memories are always unexpected!