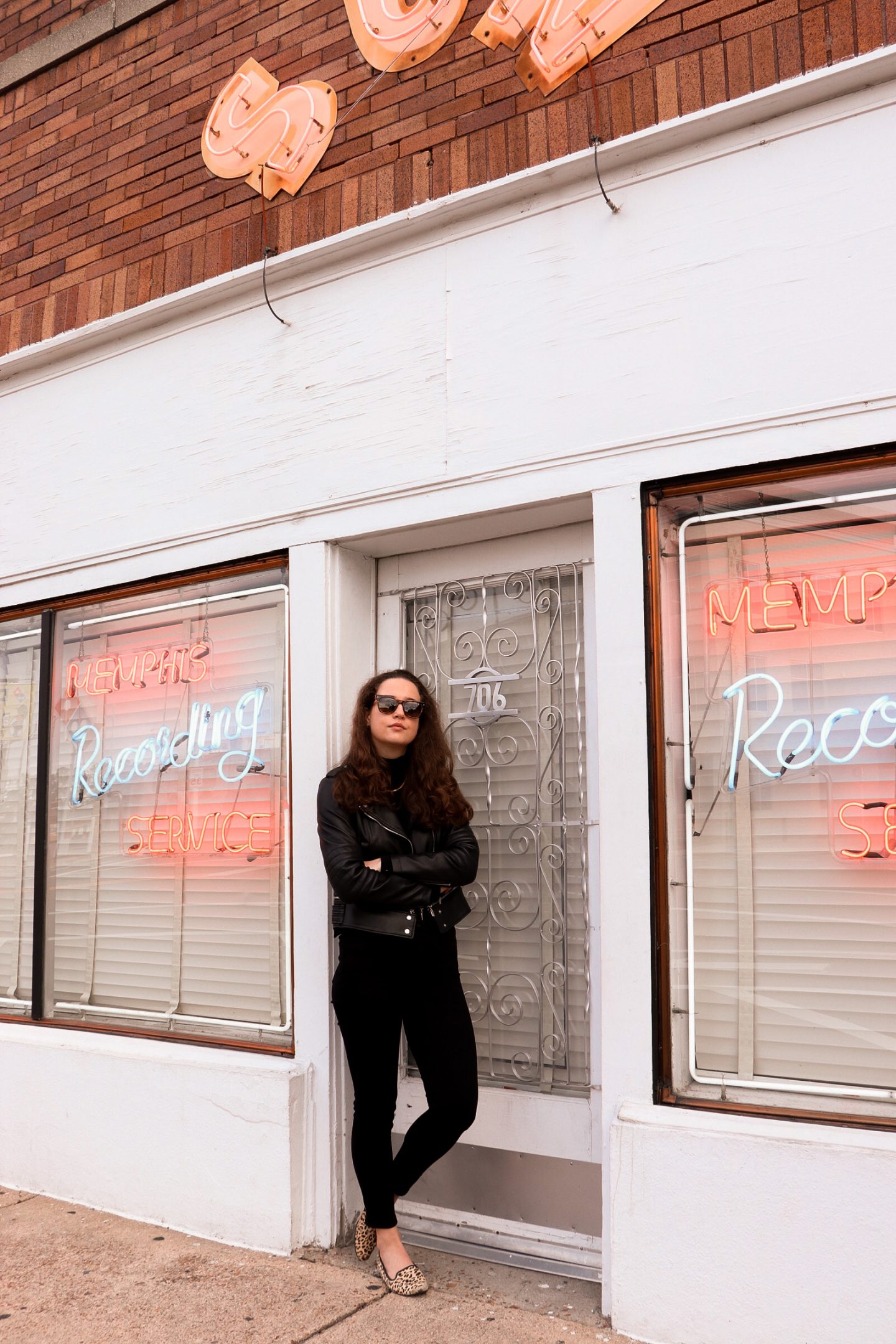 This year instead of hopping on planes, trains or long road trips off into the sunset, we’ve had to make do with ‘traveling’ in other ways. From the comfort of home, films and books can transport you to far away times and places, but today I’m focusing on music. I have a very eclectic taste in tunes, if you browse through my Spotify playlists you would see Dolly Parton, Walk the Moon, Rolling Stones, Taylor Swift, Bleachers, The Lumineers, Chance the Rapper and Hozier all in the line-up. Music is another form of storytelling, one set to the rhythm of our lives. Music evokes emotions and images, especially of certain places. Have you ever listened to atmospheric folk like Novo Amor and felt you ought to be on a misty drive through the mountains? Or traveled back in time to your teen years when a song like Mr. Brightside by The Killers or Naïve by The Kooks comes on the radio?

There are certain cities that have music built into their identity equal to the brick and mortar, glass and steel of their buildings. New Orleans is jazz and Bourbon Street. New York is the intersection of concrete jungle, big band and rap. But Memphis, has blues and rock & roll in its bones. Not only does Bluff City include the home and eventual resting place of Elvis, the King of rock & roll, at Graceland, it has also seen several other stars come through to write, record and perform. The bars on Bleecker Street with their neon signs call back to another time. One with slicked back hair and white derby shoes straight out of Grease. Or if you’ve been following along the Netflix craze, Queen’s Gambit. That show is single handedly responsible for the revival of my Oldies playlist, I’m honestly surprised Fever by Peggy Lee didn’t make it onto my Spotify wrapped.

On our visit last month, we took a spin downtown to Sun Studios. Opened in 1950, the first single, “Rocket 88” by Jackie Brenton of Delta Cats, was recorded there in 1951, and from then on it became known as the birthplace of rock & roll. Throughout the mid to late 1950s and 1960s, names including Elvis Presley, Roy Orbison, B.B. King, Johnny Cash, Ray Harris and Jerry Lee Lewis were synonymous with Sun Studios. Two decades later another generation of artists recorded there, including Def Leppard, Ringo Starr and notably three songs on U2’s 1988 Rattle and Hum in collaboration with Blues legend BB King and folk master, Bob Dylan. The rockumentary followed U2’s expansive “The Joshua Tree” project, an album in which the band tackled the promise and problems, hopes and contradictions of America while also immersing themselves in the root music traditions of the American South and West. Rattle and Hum combined live performances from the Joshua Tree tour, with creative projects like those recorded at Sun Studio. It’s evident why the sheer history draws music fans to the neon signs and iconic giant guitar today.

Forever the artist most associated with Sun Studios is the one and only Elvis Presley, who walked through its doors at 18 years old and launched a career that would make him one of the most significant musical and cultural icons of the twentieth century. Even a casual listener like myself can’t help but be impressed with that provenance. The mega stylish vintage car museum and hipster coffee shops down the block also make it a must visit stop in Memphis. If your tastes run a little more modern, I highly recommend pressing play on Elle Kings’ 2015 track “Last Damn Night” recorded at Sun Studios in 2015. What you might call an Angry Girl Blues Power Ballad, it has all the rumble and rough-around-the-edges sound of gravel under tires, tempered by the sweet burn of bourbon hitting the back of your throat. Fitting for a virtual trip to Memphis, no?