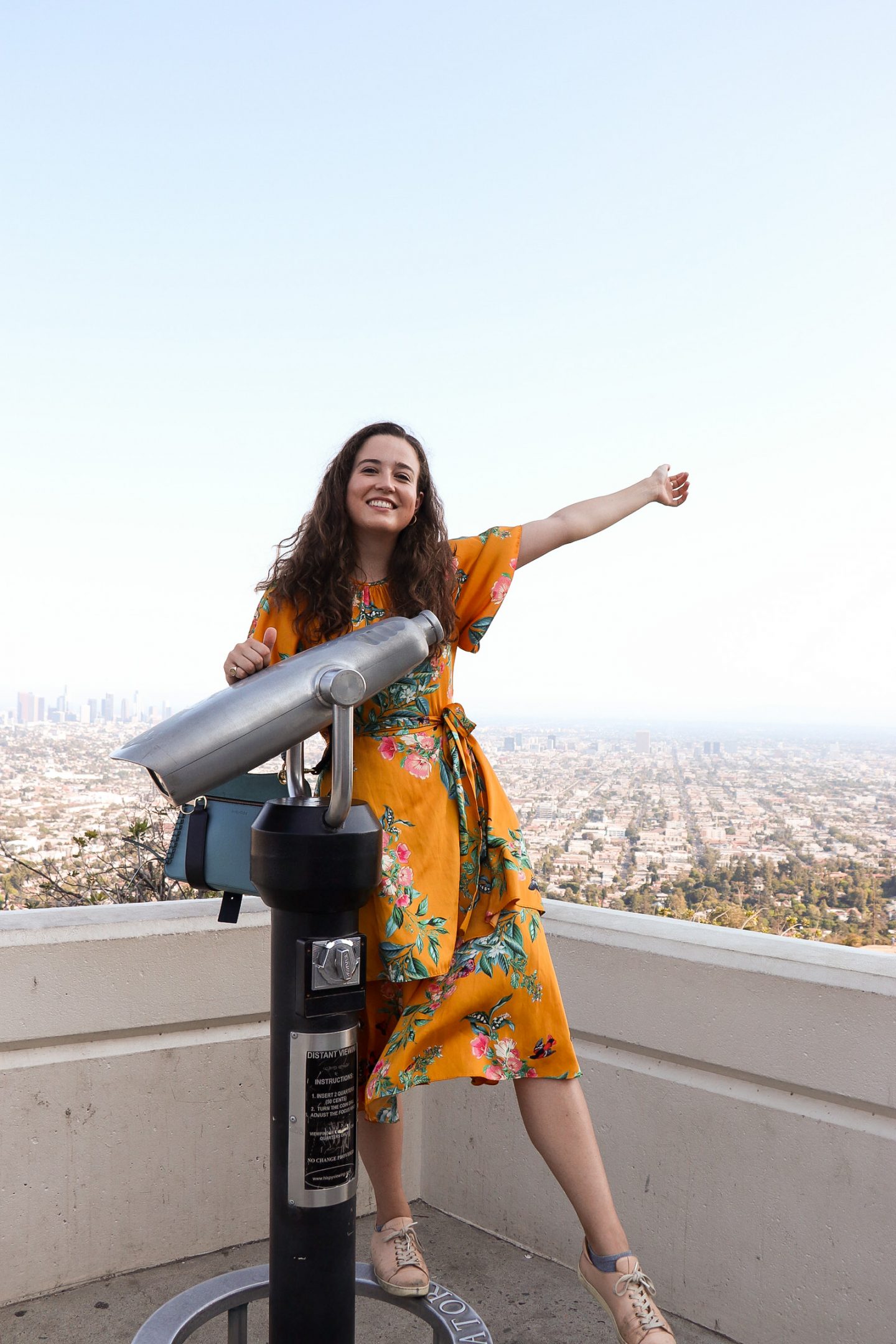 Last month I stepped foot on the West Coast for the first time in over a decade. I was born in California and spent the majority of my childhood there, but since we moved back to Virginia in 2009, I had only kept going east. First to Scotland then to France then to London, and eventually back to Washington DC. There were occasional summer adventures to the mountains of Wyoming, but somehow I had never been back to California though I talked about it for years. Back in March, after a winter of shivering outside at street-eries, I decided it was time to go back to the golden state with its sunshine, seventy something days and lack of humidity. Plus I would be able to visit with one of my oldest friends who knows LA like the back of her hand and who loves food as much as I do. From Hollywood to Little Tokyo to Melrose and the Santa Anita, we had a gourmand adventure, taking photos of the sites and meals along the way.

The first day in L.A. included a trip to the pacific, starting off with cocktails, whipped eggplant and arancini at a rattan and sunshine filled beach club. I had the Social Butterfly drink with gin, lemon, guava, St. Germain, and pink peppercorn. Highly recommend this spot, it’s worth booking in advance especially if you want one of the tables on their balcony with views of the water. Afterwards we took a spin down to a vintage shop The Closet Trading Co, where I picked up some costume jewelry and sighed longingly after a pair of Frame jeans that were just a bit too big on me. We walked down to the iconic Santa Monica pier, people watching and laughing into the sea breeze.

Little Tokyo and the Arts District

Day 2 included not one but two dinners, truly a foodie’s dream. We had east coast dinner at 4pm at Bavel DTLA– one of the prettiest restaurants I’ve ever been inside. It was all glass and open space and greenery of plants on every surface. I had the Emily Spritz, a concoction of rosé, muscat, orange blossom and flowers. From the sharing menu we split the hummus duck ‘nduja, the baba ghanoush, fried quail, roasted cauliflower and malawach. Feeling very pleased with ourselves, we wandered around the arts district as the sun set, popping by Little Tokyo’s boutiques including Hob Nob where I gladly handed over my credit card in exchange for the prettiest mint green top. As night fell, we headed back to Hollywood for Broken Spanish, a popup restaurant on the rooftop of Neue House. It was a dream, complete with the tastiest chocolate cake I’ve had in a long time. While it only ran through the end of July, keep an eye on their Instagram page as Chef Ray Garcia is looking to continue to offer his unique take on Mexican cuisine in Los Angeles.

Markets and Museums in Hollywood

By Friday we had expanded our foodie’s tour to include more sights. First we grabbed croissants and coffees from Sightglass Market (I would like it to be noted that I wanted to buy the entire contents of this store and valiantly resisted- pantry items, homewares, flowers included). From there we wandered into Just One Eye which is essentially an art gallery for high fashion and luxury items. The staff were super lovely and let us poke around to our hearts content. Some of their items seriously tempted me, the Maison Assouline books for example, others made me giggle (who on earth needs a crystal chess set?).

Later that afternoon we drove up to Griffith Observatory, which not only has fantastic views of Los Angeles and the Hollywood sign nestled in the San Gabriel Mountains, but also has fascinating exhibits about the history of astronomy in California and the latest science on space. Having opened in 1935 to the public, the Griffith has also made appearances on the big screen including The Terminator, Rebel Without a Cause, Charlie’s Angels, Jurassic Park, and most recently La La Land.

By this point we had worked up an appetite, so we headed down to La Brea and République. This French restaurant and bakery is housed in a building originally designed by Charlie Chaplin. We had the sweet corn agnolotti with truffle and locally sourced duck with peaches and blackberry sauce. It was so good we came back for breakfast pastries on my last day in LA as well. I even bought the cookbook back with me.

We kickstarted the weekend with a trip to the one and only Din Tai Fung, including Xiao Long Bao and other delights in the Taiwanese style. From then we raced up to Beverly Hills to walk around and people watch and window shop (I kept my eyes peeled for the Selling Sunset cast but didn’t spot Christine much to my disappointment). Then we traded boutiques for botanicals, heading to the Pasadena based Huntington Library and Gardens. This was my favorite moment of the trip- its grounds include 17 different collections, from jungle to desert to bonsai. I especially loved the rose garden. The day we visited the art museum was closed, but they’ve just reopened. They also have a café on site, but you could easily picnic on the grass or many benches. It’s also a beautiful spot to take some photos, so make sure to wear something that makes you feel lovely. We continued the food tour into the evening with a visit to the 629 Night Market in Arcadia on the Santa Anita racetrack. They had everything you could imagine from bao buns to dole whip and more. It is open once a month on the weekends 8/27-8/29 for August and 9/3-9/5 for September and it’s very popular, so I recommend bringing water with you for while you wait. Worth the lines and the drive in my opinion, I ate some of the most fun and interesting street food I’ve ever had.

Is there any better thing than brunch on a Sunday morning? It’s the most versatile of meals, sweet, savory, breakfast or lunch fare, cocktails, or coffee, full of possibilities. My friend took me to Norah, which was possibly one of the coolest restaurants I’ve ever been to- super eclectic space and menu. Along with mimosas and lattes, I had skillet cornbread (divine) and brown sugar flapjacks. Post food baby we headed over to the shops at Larchmont Village, including Chevaliers Books LA’s oldest bookstore established in 1940, where I bought a copy of Dolly Alderton’s Everything I Know About Love and Silvia Moreno Garcia’s Mexican Gothic (both I read as part of my annual book challenge). If good food and beautiful places are the best parts of traveling, then I like to think books make the best souvenirs.