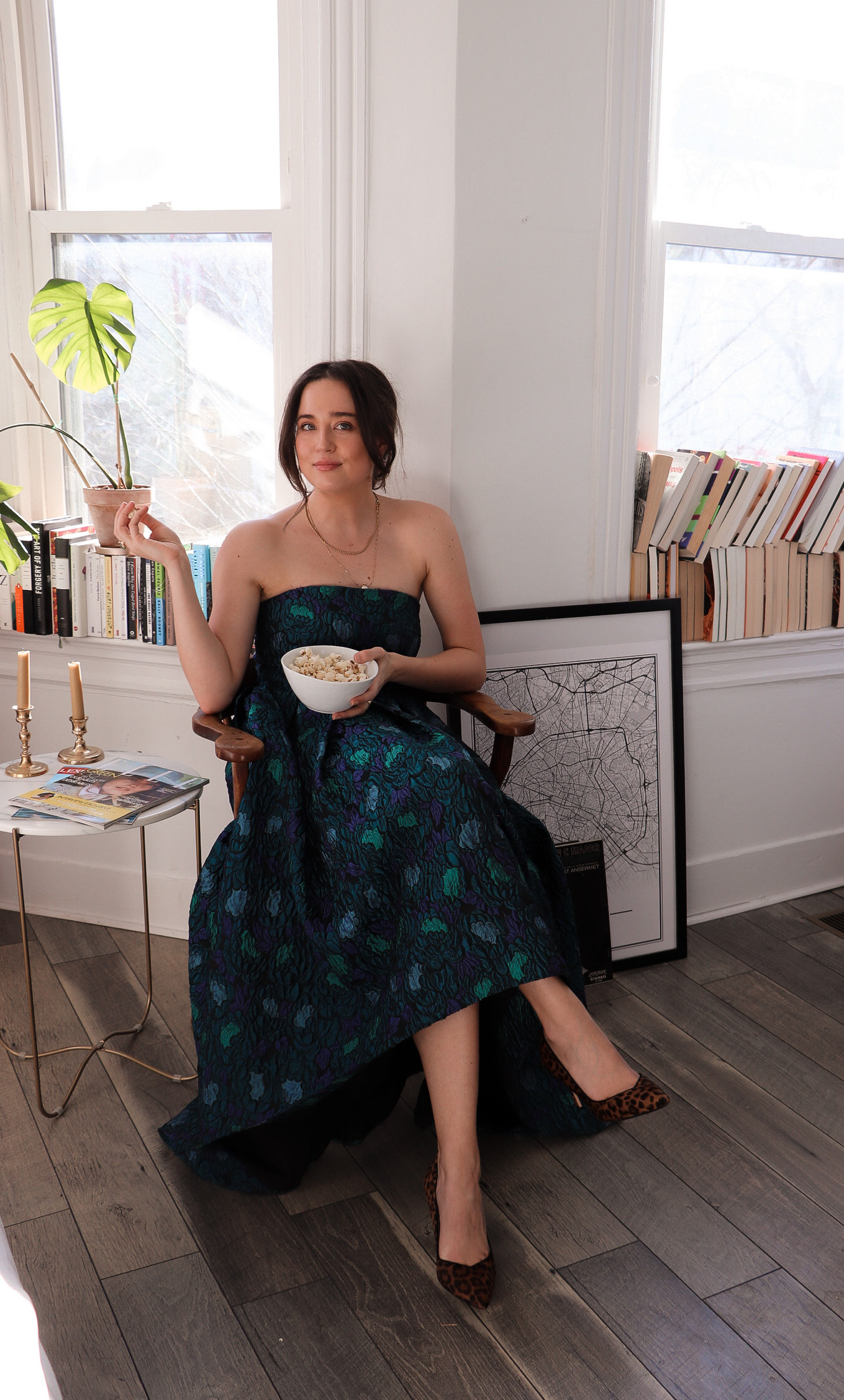 There are few things that scratch an itch in my brain quite like fashion and mysteries. The latest film I saw in theaters had a captivating combination of both themes. Going to the cinema is a treat now, after two years away from the big screen. Especially when the film in questions keeps you on the edge of your seat for the entire runtime and is filled with the attention to detail director Graham Moore brings to all his projects. Following his success with The Imitation Game (2014), Moore, and his co-writer Johnathan McClain were inspired to write this mobster movie when they learned that the first surveillance bug planted by the FBI in history took place in a tailor’s shop in 1956 Chicago.

Mild mannered Savile row trained cutter Leonard (played by Mark Rylance) must outwit warring factions of the Chicago mob when he finds himself and his assistant Mable (Zoey Deutch) caught in the middle of a takeover. Without giving too much away, one outstanding element of the film is that the entire plot takes place within the boundaries of the tailor shop. Once Leonard enters the shop, we as the viewer stay with him there as other characters come and go. It reminded me of a one-set play and brought an extra set of tension and drama since we, just like Leonard, must wait and see what may come.

As is the case with most films, my favorite piece was the costumes. Because the film shows the exact process of cutting and sewing a bespoke suit from scratch, Mark Rylance and the filmmakers spent time with the tailor shops on Savile row in London. Mark in fact made his costume for the film, to add to authenticity. There are several scenes depicting this process, using historically accurate props, filmed in beautiful detail. The other costumes were made from scratch with the help of tailors, or for the ladies, sourced from vintage collectors or estate sales. The clothing is truly part of the characters and part of the plot, from the introductory scenes to the very last twist. And in the manner of good couturiers, or good tailors, every string is tied up, every stitch finished (metaphorically and literally).

Photography inspired by stylish scenes from film and television, namely Carrie Bradshaw eating popcorn in And Just Like That, wearing Cynthia Rowley gown.